◂ Back to Profiq blog

We choose clients who are on the same page as us

Posted 5 years ago by Gabor Puhalla 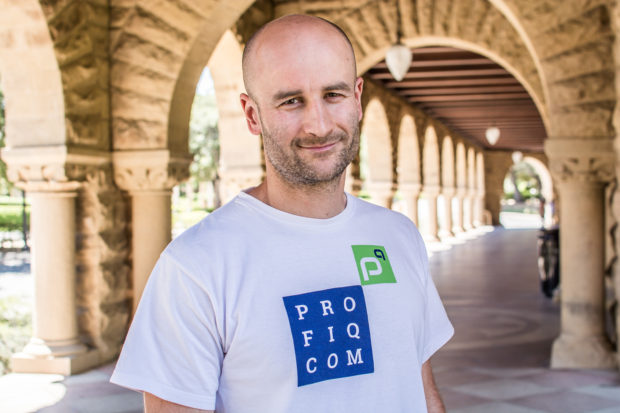 The Innovation Support Centre in Ostrava published an interview with our CTO Rasta Kanócz last week. The original is in Czech. We’re providing an English translation here on profiq’s blog.

They started a two-person company. Now they have over 40 employees and clients in the USA and Europe. You never see them in a bad mood. They play chess in the office and they go running together. Profiq is a successful IT firm that delivers agile software services primarily to Silicon Valley.

We talked with Rastistlav Kanócz, technical director, about how the company was founded.

Your beginnings are connected with Sun Microsystems, where you also met Gábor Puhalla, current co-owner of profiq. How did you meet?
For me, Sun was the IT firm of my dreams in Silicon Valley. They had a development center in Prague. I joined the Java Enterprise System team, which Gábor was also on. He became the manager of our division and I was the tech director. We worked in those capacities for six years or so. We received increasingly more responsibilities. I became technical lead of the Java Enterprise System stack release and Gábor became chair of the QA Core team that coordinating all the QA teams for Sun’s middleware products. But then came 2009, when Sun got acquired by Oracle, and we didn’t know what would happen to us. Gábor and I used to run together and on our runs, we thought about what we could embark on.

So you decided to leave Sun and start your own business?
Exactly. Entrepreneurship was appealing to the both of us, and we had a lot of contacts. We told ourselves that now was the right time, and in 2010 we founded profiq. At the beginning it was just the two of us, but we soon started to grow and today we’re a company of over 40. We currently have one office in Silicon Valley and three in the Czech Republic. I run the offices in Ostrava and Nový Jičín, and Gábor, who lives in Prague, runs that office. We meet once a week, because we believe that in-person contact is important for the company to function well.

You are both Slovak citizens, but you live in the Czech Republic. An office in Prague makes sense, but why Ostrava a Nový Jičín?
My wife is from Nový Jičín. We lived in Prague for some time, but we love the Beskydy [Mountains], so we moved back. Gábor studied in Prague and then stayed there. Ostrava draws many capable people as a strong regional center, and there’s also a university there with students interested in the most modern technologies in the IT field. And since I live nearby, it was logical to open an office there. The Ostrava office is now our largest, partially thanks to the fact that the local university produces capable software engineers. Today it’s possible to work in software development from anywhere and deliver the product anywhere, so we were glad to offer them work.

Many of your employees are computer science graduates from the University of Ostrava. What is their approach to employment?
That depends on each individual and his or her activities and interests. We mainly work with people who truly love computer science and devote their free time to it as well. At the same time we’ve seen that for students and recent graduates, it’s motivating to join a team and work on high-end projects for our clients. They learn a lot and also get to work on something that often has global impact. We’ve met a number of them thanks to hackathons we collaborate on with you. We also have four part-time colleagues right now who are still students at the University of Ostrava.

Your company has been housed in the Business Incubator for a few years now and we’ve noticed an extremely friendly atmosphere in your offices. You care a lot about the working environment and team building. Where did you get your inspiration?
We encountered this sort of culture at Sun, but mainly we agree that our business is built on people and the relationships between them. Gábor and I have similar values, we share them and we’re both thoughtful types, rather than impulsive. We try to bring this into our work, and we choose similar people. We know there’s no point in fighting to be the best on the team, or the one who programs the most. When we help each other, we achieve better results than if we were to compete against each other. For this reason among others, we’re thoughtful about culture. On Fridays we have breakfast together in the office, and we play darts. We also support our people in activities outside of work, and we go for runs together. And we don’t discourage colleagues from playing foosball in the relax zone during the workday. We know they’ll get their work done. 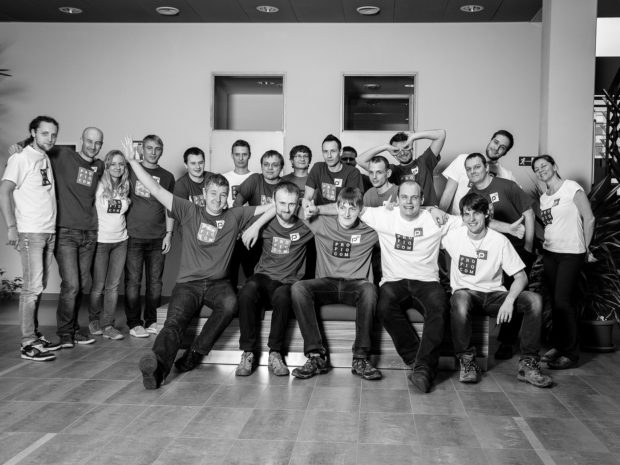 How did you break into the American market? Work references said to be crucial for success. Was it easier for you thanks to contacts from Sun?
References are in the USA. It’s important to have proof in hand that someone else has already had a good experience with you. We gained our first good reference very early on because our first project, which was sometime in 2010, was for an American company. We actually got that project thanks to another contact. From the start we’ve had Czech customers such as banks and telecommunications companies, but they primarily need ready solutions. Now we mainly have clients who develop these solutions themselves. We work on the most innovative projects and we’re taking part in what the whole world, including those same banks, will be using in a year or two. Thanks to this, our projects are longterm and the teams working on them gradually expand over time as our clients add on increasingly significant and extensive assignments.

What about current graduates applying to work with you? Do they have issues with English?
I studied English and even wrote my thesis in English at university. I also worked in the US in the summer. I knew I wasn’t going to stay in Slovakia and that English would be crucial. Even the interviews I had at the time were mainly in English and for foreign companies.
We do our interviews in English; we test whether candidates understand, but they don’t have to communicate perfectly. We know that it’s possible to come a long way in just a few months. We offer our employees English lessons, and some of them travel to the USA to work with our clients, which also helps. Those whom we employ have to know English so they’ll be able to understand our clients. We had a few candidates with poor English whom we didn’t take for that reason, but computer science graduates generally are at a good level.

As we come to the end of our interview, I can’t not ask you a more personal question. You present as very even-keeled; I didn’t see you frown even once. Are there situations in which your employees have really upset you?
That hasn’t happened to me yet. 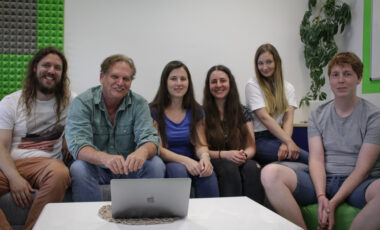 The first one: Serenity: Changing the world of senior care 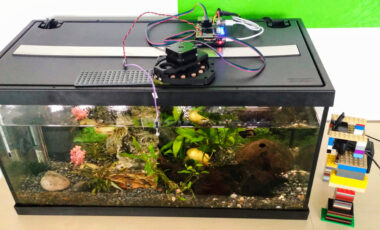 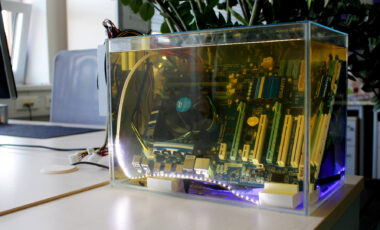